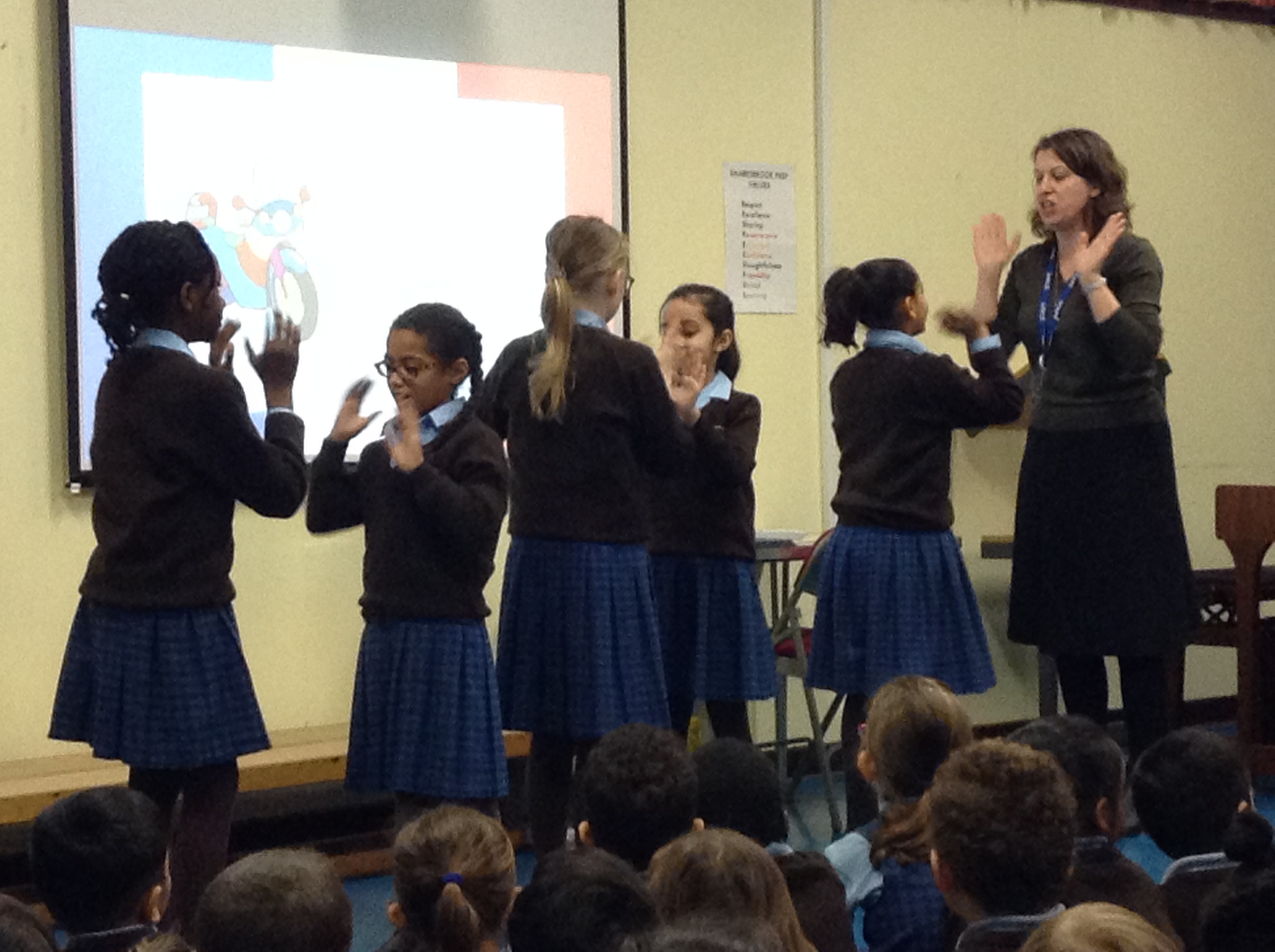 Today began with an assembly led by Mrs Douglass. Speaking about ‘Enjoyment’ as our new value. she led us through a variety of French playground songs and games, that children not only in France sing. Did you know there are 29 other countries that also speak French?

Mrs Douglass demonstrated the songs to the children with some Year 4 helpers and encouraged the children to sing them at playtime. 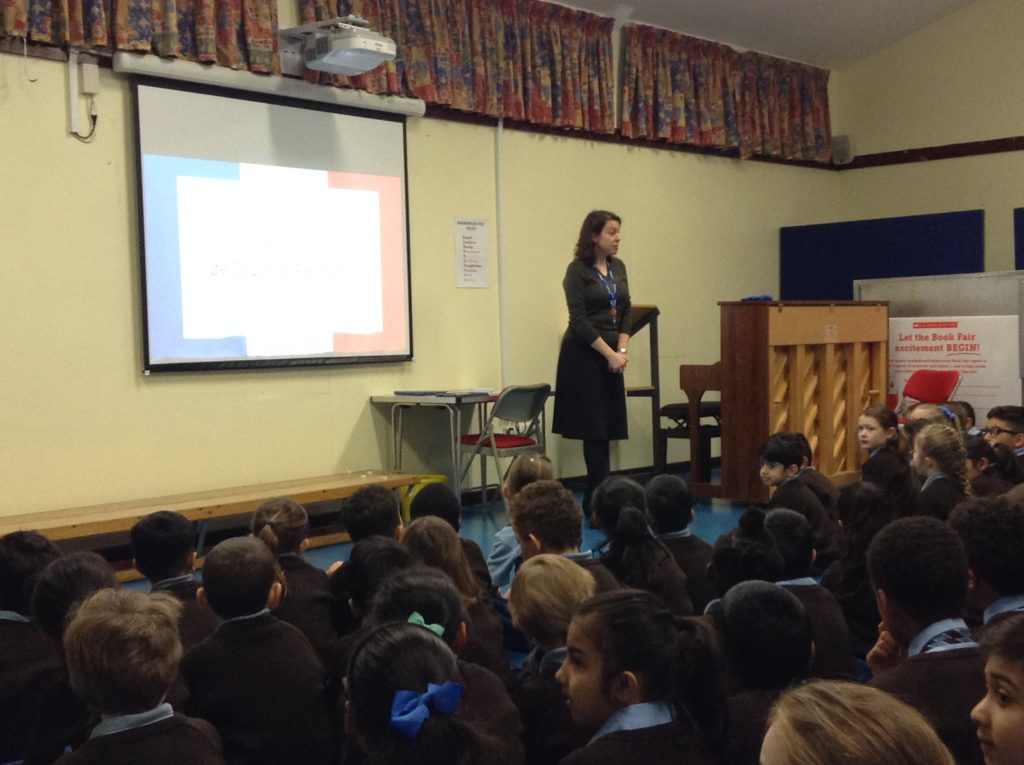 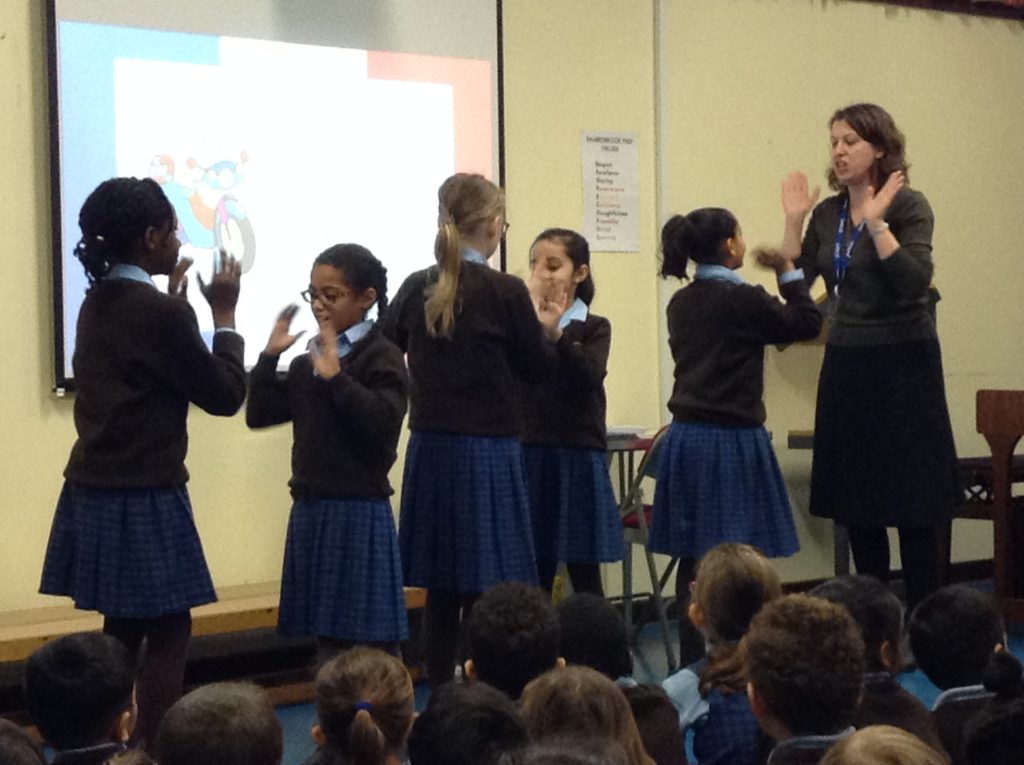 At playtime many of the children were playing and singing the French songs!